The following introduces Miyajima’s famous sightseeing spots,
gourmet spots, and unique activities only available
here that you can enjoy during your stay.

Take a sea kayak tour through the beautiful sea of Miyajima, counted as one of the great three views of Japan.
With the red of the World Heritage Site Itsukushima Shrine and its Otorii gate showcased against the blue sky and sea and the green of Mt. Misen, this location is simply outstanding. 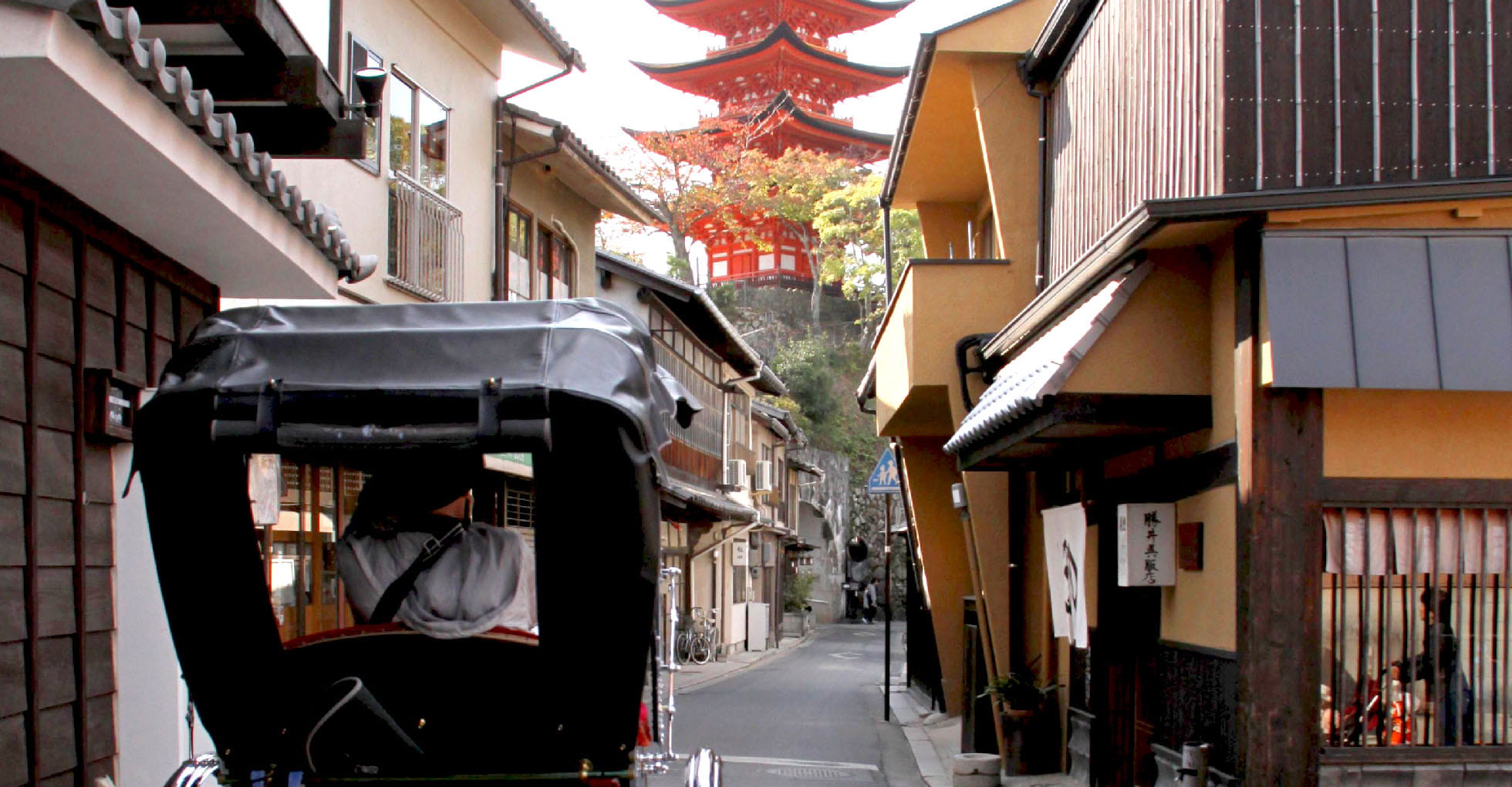 Rickshaw drivers who know everything there is to know about Miyajima show you the famous sites and hidden gems of Miyajima, both taking photos for you and acting as guide.
The views of Miyajima that leisurely pass you by as you ride in the rickshaw are sure to leave an even more charming impression.

Various courses are available to match your sightseeing style, from a course from the pier to Itsukushima Shrine to an exclusive course that tours the major sightseeing spots on Miyajima. 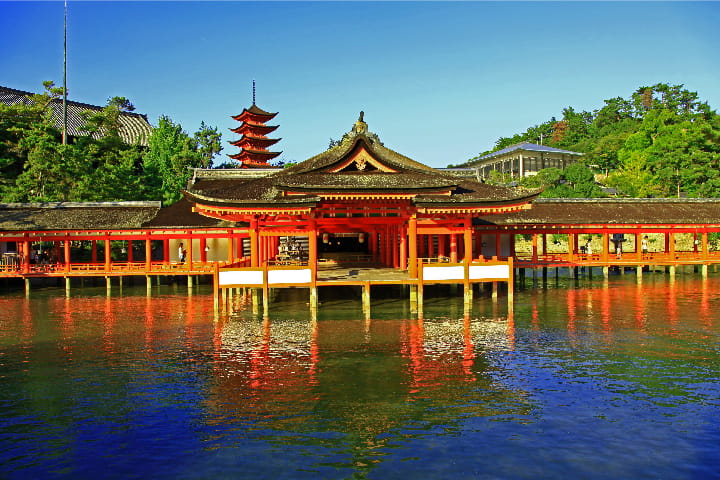 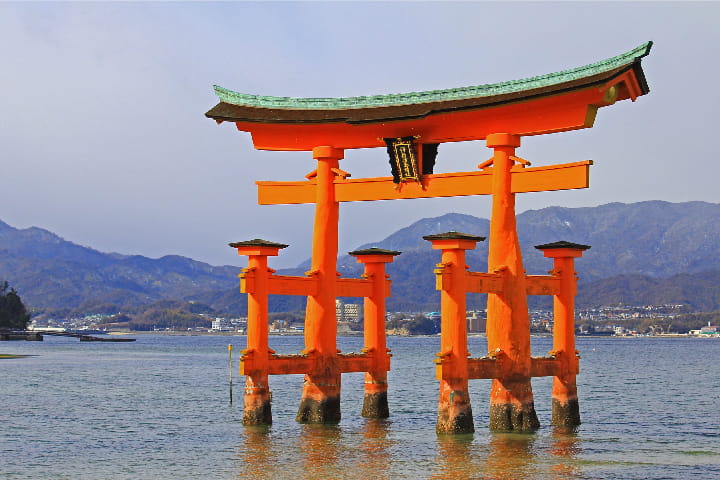 The landmark of Miyajima. The mystical view of the gate floating above the sea during high tide is outstanding, but you can also enjoy a walking up to the gate for a close view during low tide. 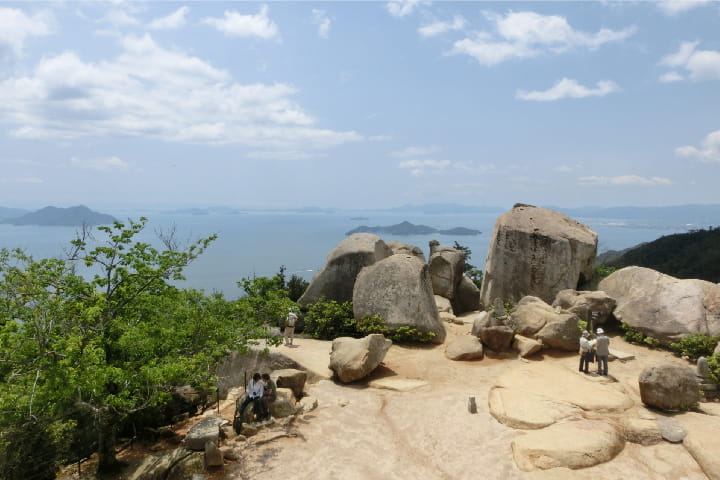 The hiking trail features mystical sights including the Kuguri-iwa tunnel rock and sacred Iwakura rocks where gods are said to live. At the summit, you can enjoy the beautiful view of many islands scattered across the Seto Inland Sea.

This park spreads out along the Momijidani River at the foot of the Virgin Forest Misen. During the autumn colors season from mid to late November, the view is even more spectacular. 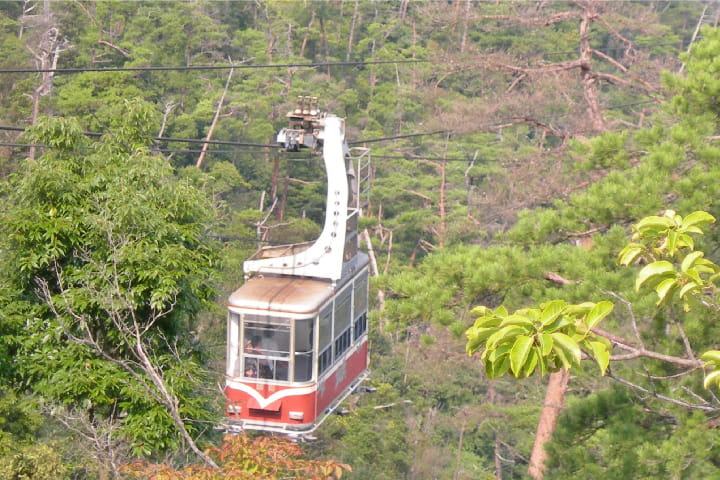 This ropeway provides access to the summit of Mt. Misen.
During the season of autumn colors, you can look down on an expanding sea of flame-red maple leaves. 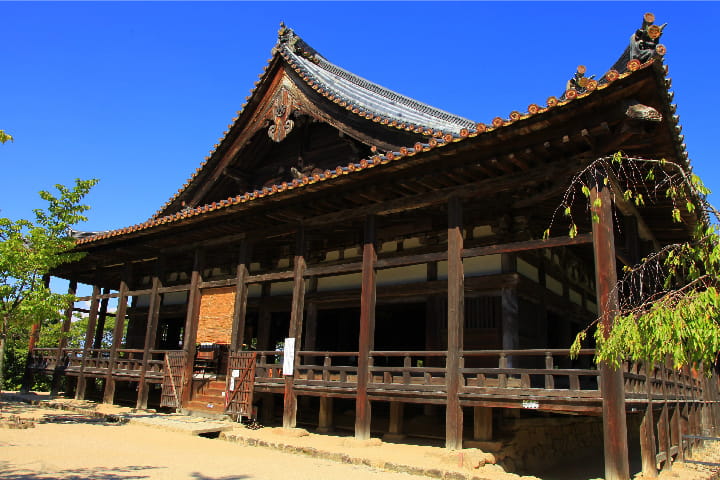 Toyotomi Hideyoshi (one of the three famous Japanese warlords) ordered the construction of this large sutra library in 1587, but it was not completed due to his death. As the largest building on the island, it also goes by the name “Senjokaku”, or the Hall of One Thousand Tatami Mats. It neighbors the Gojunoto. 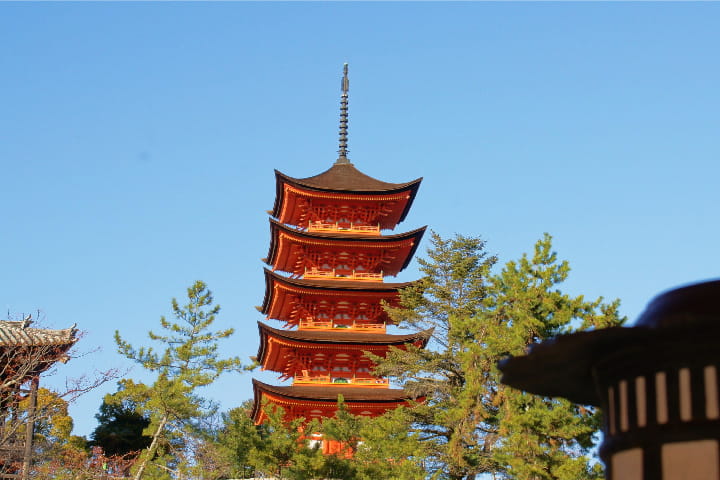 Constructed in 1407, this wonderful structure blends both Japanese and Chinese styles. It is designated by the national government as an Important Cultural Property, although unfortunately, the interior cannot be viewed. 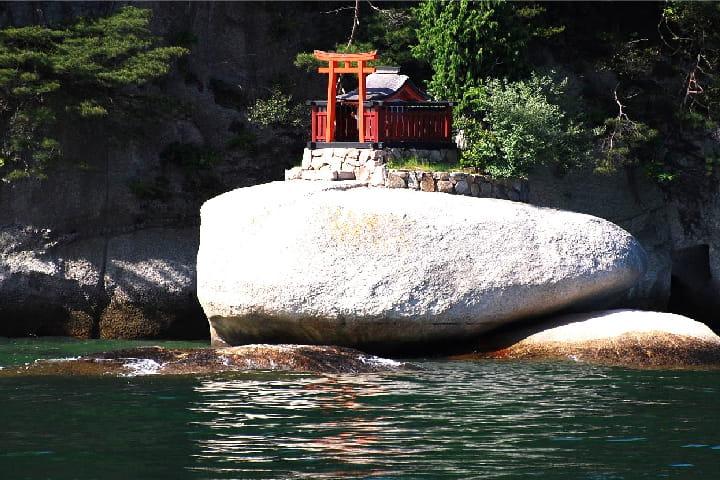 A group of shrines constructed around the circumferences of Miyajima. The Tsutsumigaura Shrine, which can only be visited from the sea, is one of the spots to see when sea kayaking.

One of the largest aquariums in western Japan. It is popular for its 10 zones introducing the world of the Seto Inland Sea, as well as its live events featuring marine animals. 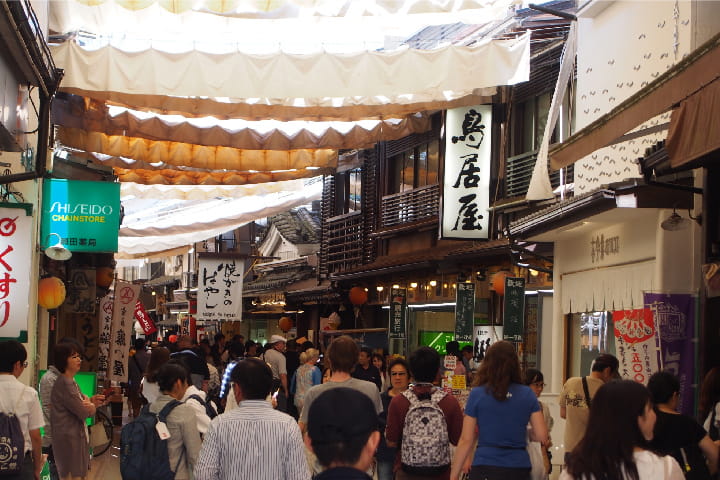 Also called “Kiyomori-Dori”, this is the main street on Miyajima.
It is lined with gourmet and shopping spots. 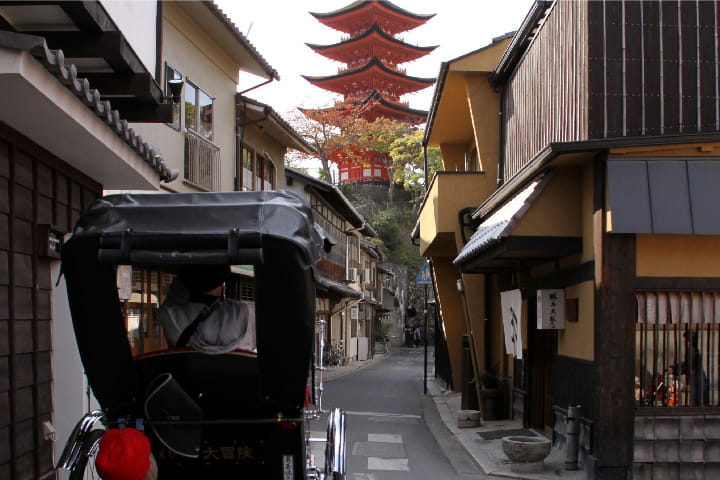 The former main street preserves the good old era of Miyajima. Buildings with traditional townhouse architecture preserve the style of Miyajima merchant houses while standing next to modern inns, shops, and galleries.

From fresh oysters and specialty anago-meshi (conger eel and rice), to cuisine using lemons grown in the Setouchi area, and even sweets including the famous momiji manju, Miyajima is home to numerous gourmet spots using local ingredients that are the pride of the community. From traditional restaurants to modern cafes, see the Miyajima Tourist Association website for details.